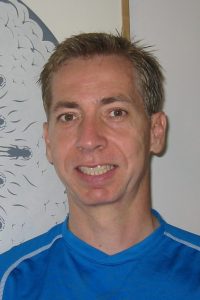 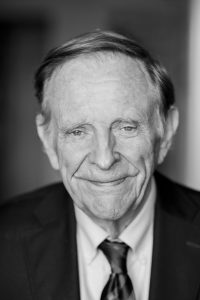 We are thrilled to welcome Richard Bushman and Glen Nelson, the co-directors of the Center for Latter-day Saint Arts, as our October 2019 speakers.

Throughout the history of The Church of Jesus Christ of Latter-day Saints, art has played an important part of our faith.  Within months of the Church’s official formation, the prophet Joseph Smith received a revelation calling for the selection of sacred hymns.  “For my soul delighteth in the song of the heart; yea, and the song of the righteous is a prayer unto me, and it shall be answered with a blessing upon their heads.”  (D&C 25:11).

And in the late 1800’s, as construction on the Salt Lake City temple was nearing completion, the First Presidency sent five artists to Paris to study painting so that they could more beautifully decorate the sacred interior spaces of the “House of the Lord”.

President Spencer W. Kimball began a 1967 speech to the faculty and staff of Brigham Young University by saying: “In our world, there have risen brilliant stars in drama, music, literature, sculpture, painting, science, and all the graces.  For long years I have had a vision of members of the Church greatly increasing their already strong positions of excellence till the eyes of all the world will be upon us.”  Later in the same speech he said: “We are proud of the artistic heritage that the Church has brought to us from its earliest beginnings, but the full story of Mormonism has never yet been written nor painted nor sculpted nor spoken.  It remains for inspired hearts and talented fingers yet to reveal themselves.” (fn to Gospel Vision of the Arts speech).

Today, almost 180 years after the Lord’s instruction to prepare a hymnal for use by Church members, and more than 50 years after President Kimball’s call to Latter-day Saints to achieve the highest levels of artistic excellence, the full depth, breadth, and beauty of the artistic contributions of Latter-day Saints is still being revealed.

You won’t want to miss this opportunity to meet Richard Bushman and Glen Nelson, the visionary founders of the Center for Latter-day Saint Arts, and to learn more about this unique organization that is devoted to exploring the artistic heritage of our people and revealing a fuller story of our faith.

“What Is the Center for Latter-day Saint Arts Up To?”

Founded as the Mormon Arts Center in 2017, the New York City-based Center for Latter-day Saints has already held three successful summer festivals, published award-winning books, released twenty podcast episodes, created the “Come Follow Me (Art Companion)”, and has commenced work on a comprehensive catalog of music compositions by Latter-day Saint composers, along with several other significant objectives.  The two founders of the Center, Richard Bushman and Glen Nelson, will explain how it all began and what it hopes to accomplish.  They will also offer some answers to the question: “How can Latter-day Saints teach their children about our rich artistic tradition?”

Richard Bushman was born in Salt Lake City in 1931 and brought up in Portland, Oregon.  He received his undergraduate and graduate degrees from Harvard University and taught at Brigham Young University, Boston University, and the University of Delaware.  He retired as Gouverneur Morris Professor of History at Columbia University in 2001 and was visiting Howard W. Hunter Chair of Mormon Studies at Claremont Graduate University from 2008 to 2011.  He is the author of a number of books including Joseph Smith: Rough Stone Rolling. He served as Co-General Editor of the Joseph Smith Papers until 2012, and in 1997 founded the Mormon Scholars Foundation which fosters the development of young LDS scholars.  He is now co-director of the Center for Latter-day Saint Arts in New York City.  With his wife Claudia Bushman, he is the father of six children and twenty grandchildren.  He has served as a Bishop and Stake President and currently is Patriarch of the New York Young Single Adult Stake.

As a librettist and poet, Glen Nelson has created texts and collaborated on four operas, and multiple cantatas, oratorios, art songs, and choral works with composers Murray Boren, Royce Twitchell, Lansing McLoskey, Daniel McDavitt, and Ethan Wickman. He is the author of twenty books, the most recent of which is Joseph Paul Vorst, which was the subject of a retrospective exhibition of the artist at the Church History Museum. As a ghostwriter, four of his books have been New York Times bestsellers. He founded Mormon Artists Group in 1999. He is the co-director of Center for Latter-day Saint Arts. In 2018, the Church History Museum acquired for their permanent collection the Glen and Marcia Nelson Collection of Mormon Art, which included 169 works by Latter-day Saint artists—paintings, sculptures, photographs, drawings, prints, textiles, artists’ books, and ephemera—dated from 1875 to 2017.